Who Among The Following Propounded Naturalism In Education? 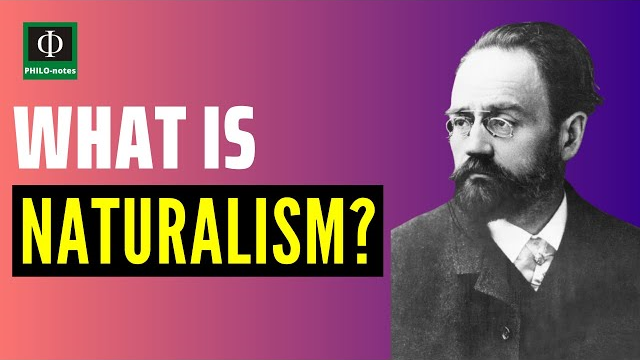 302. What should be done so that the school is to be the guardian of democracy?

305. “Child is more important than all kinds of books”. This viewpoint of Tagore represents his faith in the following aims of education

306. “Next to Nature the child should be brought into touch with the stream of social ‘behaviour”. By saying this Tagore is trying to emphasize following aims of education

307. Who said that the aim of education should be to develop in children feelings of international brotherhood and attitude of international understanding? (a) Mahatma Gandhi (b) R.N. Tagore

322. What is correct about the nature of philosophy in relation to science?

334. Philosophers are, “Those who are lovers of the vision of truth.” This was said by

337. Which of the following is the contribution of Rousseau to education?

338. Which of the following represents fascist ideal of education?

339. Which of the following represents ‘communist ideal’ of education?

340. Which of the following is ideal of education, according to idealism?

341. Which of the following is the Naturalist ideal of education?

342. Who among the following has propounded idealism in education?

343. Who among the following propounded pragmati in education?

344. Who among the following propounded naturalism in education?

345. Who among the following propounded existentialism in education?

346. Who among the following propounded socialism in education?

347. Who among the following made maximum impact on modern education?

Who is the proponent of naturalism in education?

NATURALISM PHILOSOPHY OF EDUCATION Naturalism is a philosophy with the belief that nature alone represents the entire reality. There is nothing beyond behind, or other than nature. According to this philosophy, human life is the part of the scheme of nature.

Physical naturalism: It is believed that reality exists in the natural universe not within the individual. Tagore has called nature as a ‘manuscript of God’. Mechanical naturalism: It regards man as a mere machine. There is no spirit or soul. Only matter is everything. Mind is also a matter made up atoms, empty space, and motion. Biological naturalism: It tries to explain man in terms of lower form of life from which he has evolved.

The chief exponent of naturalism are Bacon, Comenius, Herbert Spencer, Huxley, Bernard Shaw, and Rousseau. Naturalism and Education Naturalism is a revolt against traditional system of education, which gives very little freedom to the child. In naturalism, maximum freedom and central position is given to the child.

Education from nature is to prepare a natural man. Aim of Education self-realization, self-expression and self-preservation. Curriculum There is no fixed curriculum. Every child is given the right to determine his own curriculum. He is expected to learn directly from nature through personal experiences.

Subjects like agriculture, nature study, gardening, art, craft, geology, and astronomy are taught. The subjects are correlated with the physical activities of the child and with the life around him. Methods of Teaching Learning by doing, playway method, observation and experimentation are used, so as to govern self.

According to Rousseau, ‘Students should not be given any verbal lessons rather they should be taught experience alone. Teacher tries to give lots of hand-on training and practical experiences’. Discipline Naturalist gives utmost freedom to the child to do and learn the behavior.

There is no punishment of any kind. External discipline is not desirable, as it stands in the ways of child development. Naturalism also believes that formal education is the invention of society, which is created and can be called artificial, Therefore, rigid man-made discipline must be avoided in the teaching-learning process.

Role of Teacher Teacher is always behind the screen. He is a spectator or an observer. Teacher plays his role behind the scene. He does not interfere in students’ activities. Teacher acts as a facilitator, a setter of the stage, and as a supplier of materials and opportunities.
View complete answer

Who is the father of naturalism in physical education?

Naturalism is a philosophical theory. That links the scientific method to philosophy by claiming that everything in the universe is natural. Regardless of its constituent parts. In light of this, all knowledge of the universe is subject to scientific inquiry.

The philosopher, author, and composer Jean-Jacques Rousseau were from Geneva. It was Rousseau who first popularised the naturalism movement, that’s why he is called the father of naturalism, The three most crucial components of Rousseau’s “naturalist” philosophy are the state of nature, natural man, and natural civilization. He declares, “Everything is good as it comes from the hands of the Maker of the world, but degenerates once it gets into the hands of man,” completely rejecting the conventional approach to education. His ideas envisage a society based on freedom and equal laws and opportunities for all.

The philosopher Plato was from Greece. The Republic, the most well-known piece of writing by Plato, describes a wise society ruled by a philosopher.

An American philosopher, psychologist, and educational reformer knew by name of John Dewey. He was a founder of the pragmatist school of thought. Dewey was regarded as the founding figure of progressive education.

Aristotle was the first real scientist in history as well as one of the greatest philosophers to have ever lived. He asserts in his metaphysics that there must be a distinct, unchanging being that serves as the foundation for all other beings.

Who are the proponents of the philosophy of naturalism?

The term “naturalism” has no very precise meaning in contemporary philosophy. Its current usage derives from debates in America in the first half of the last century. The self-proclaimed “naturalists” from that period included John Dewey, Ernest Nagel, Sidney Hook and Roy Wood Sellars.

These philosophers aimed to ally philosophy more closely with science. They urged that reality is exhausted by nature, containing nothing “supernatural”, and that the scientific method should be used to investigate all areas of reality, including the “human spirit” (Krikorian 1944, Kim 2003). So understood, “naturalism” is not a particularly informative term as applied to contemporary philosophers.

The great majority of contemporary philosophers would happily accept naturalism as just characterized—that is, they would both reject “supernatural” entities, and allow that science is a possible route (if not necessarily the only one) to important truths about the “human spirit”.

Even so, this entry will not aim to pin down any more informative definition of “naturalism”. It would be fruitless to try to adjudicate some official way of understanding the term. Different contemporary philosophers interpret “naturalism” differently. This disagreement about usage is no accident. For better or worse, “naturalism” is widely viewed as a positive term in philosophical circles—only a minority of philosophers nowadays are happy to announce themselves as “non-naturalists”.

This inevitably leads to a divergence in understanding the requirements of “naturalism”. Those philosophers with relatively weak naturalist commitments are inclined to understand “naturalism” in a unrestrictive way, in order not to disqualify themselves as “naturalists”, while those who uphold stronger naturalist doctrines are happy to set the bar for “naturalism” higher.

The important thing is to articulate and assess the reasoning that has led philosophers in a generally naturalist direction, not to stipulate how far you need to travel along this path before you can count yourself as a paid-up “naturalist”. As indicated by the above characterization of the mid-twentieth-century American movement, naturalism can be separated into an ontological and a methodological component.

The modern history of psychology, biology, social science and even physics itself can usefully be seen as hinging on changing attitudes to naturalist ontological principles and naturalist methodological precepts. This entry, however, will be concerned solely with naturalist doctrines that are specific to philosophy.

So the first part of this entry, on ontological naturalism, will be concerned specifically with views about the general contents of reality that are motivated by philosophical argument and analysis. And the second part, on methodological naturalism, will focus specifically on methodological debates that bear on philosophical practice, and in particular on the relationship between philosophy and science.
View complete answer

Who is the most famous naturalist?

Who are the writers of naturalism?

American Naturalism – Naturalism in American literature traces to Frank Norris, whose theories were markedly different from Zola’s, particularly to the status of naturalism within the loci of realism and Romanticism; Norris thought of naturalism as being Romantic, and thought Zola as being “a realist of realists”.

The center of Crane’s naturalism is recognized as ” The Open Boat,” which portrayed a naturalistic view of man with his depiction of a group of survivors adrift in a boat. The humans with their creation confronted the sea and the world of nature. In the experiences of these men, Crane articulated the illusion of gods and the realization of the universe’s indifference.

William Faulkner ‘s ” A Rose for Emily,” a story about a woman who killed her lover, is considered an example of a narrative within the naturalism category. This story, which also used Gothic elements, presented a tale that highlighted the extraordinary and excessive features in human nature and the social environment that influences them.

The protagonist, Miss Emily, was forced to lead an isolated life, and that – combined with her mental illness – made insanity her inevitable fate. The environment in the forms of a class structure based on slavery and social change, together with heredity, represented the forces beyond her control.
View complete answer

Who is the founder of naturalism?

Naturalism was first proposed and formulated by Emile Zola, the French writer and theorist, who is universally labeled as the founder of literary naturalism.
View complete answer

Who is called Naturalist?

That neighborhood kid who is always collecting butterflies and leaves? He just might grow up to be a naturalist, or a scientist who specializes in studying nature. A biologist whose interest lies primarily in the study of plants or animals can be called a naturalist, although these days it’s more likely she’ll be called a natural historian, a botanist, or a zoologist.

Why is Rousseau called a naturalist?

Research Article Educational Academic Research 2007; 1: 103-122 Read: 1015 Downloads: 165 Published: 04 December 2010 Naturalism, fonned by Jean- Jacques Rousseau through natural freedom in the enlightenment period of 18’h century, is a philosophical thought which argues that the naturalone is free at the same time and there is no source of goodness other than nature.

The aim of this study is to deal with Rousseau’s naturalist thought ofeducation and to explain its effects. Files
View complete answer