Right To Education In Which Article? 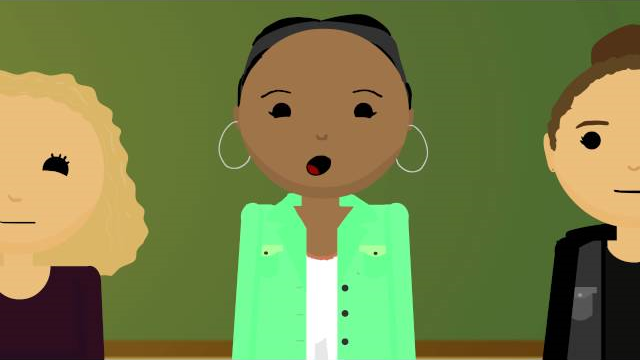 Departmen of School Education & Literacy The Constitution (Eighty-sixth Amendment) Act, 2002 inserted Article 21-A in the Constitution of India to provide free and compulsory education of all children in the age group of six to fourteen years as a Fundamental Right in such a manner as the State may, by law, determine.

The Right of Children to Free and Compulsory Education (RTE) Act, 2009, which represents the consequential legislation envisaged under Article 21-A, means that every child has a right to full time elementary education of satisfactory and equitable quality in a formal school which satisfies certain essential norms and standards.

Article 21-A and the RTE Act came into effect on 1 April 2010. The title of the RTE Act incorporates the words ‘free and compulsory’. ‘Free education’ means that no child, other than a child who has been admitted by his or her parents to a school which is not supported by the appropriate Government, shall be liable to pay any kind of fee or charges or expenses which may prevent him or her from pursuing and completing elementary education.

The RTE Act provides for the:

Right of children to free and compulsory education till completion of elementary education in a neighbourhood school. It clarifies that ‘compulsory education’ means obligation of the appropriate government to provide free elementary education and ensure compulsory admission, attendance and completion of elementary education to every child in the six to fourteen age group. ‘Free’ means that no child shall be liable to pay any kind of fee or charges or expenses which may prevent him or her from pursuing and completing elementary education. It makes provisions for a non-admitted child to be admitted to an age appropriate class. It specifies the duties and responsibilities of appropriate Governments, local authority and parents in providing free and compulsory education, and sharing of financial and other responsibilities between the Central and State Governments. It lays down the norms and standards relating inter alia to Pupil Teacher Ratios (PTRs), buildings and infrastructure, school-working days, teacher-working hours. It provides for rational deployment of teachers by ensuring that the specified pupil teacher ratio is maintained for each school, rather than just as an average for the State or District or Block, thus ensuring that there is no urban-rural imbalance in teacher postings. It also provides for prohibition of deployment of teachers for non-educational work, other than decennial census, elections to local authority, state legislatures and parliament, and disaster relief. It provides for appointment of appropriately trained teachers, i.e. teachers with the requisite entry and academic qualifications. It prohibits (a) physical punishment and mental harassment; (b) screening procedures for admission of children; (c) capitation fee; (d) private tuition by teachers and (e) running of schools without recognition, It provides for development of curriculum in consonance with the values enshrined in the Constitution, and which would ensure the all-round development of the child, building on the child’s knowledge, potentiality and talent and making the child free of fear, trauma and anxiety through a system of child friendly and child centered learning.

In which Article right to education is currently in India?

As per the RTE Act and Article 21 A of the Indian constitution Education up to 14 years is a fundamental right and it should be free and compulsory.
View complete answer

Hindu Code Bill and addition to the Directive Principles – The Indian Parliament discussed the report of the Hindu law committee during the 1948–1951 and 1951–1954 sessions. The first Prime Minister of the Indian republic, Jawaharlal Nehru, his supporters and women members wanted a uniform civil code to be implemented.

As Law Minister, B.R. Ambedkar was in charge of presenting the details of this bill. It was found that the orthodox Hindu laws were supportive of women’s rights since monogamy, divorce and the widow’s right to inherit property were present in the Shashtras, Ambedkar recommended the adoption of a uniform civil code.

Ambedkar’s frequent attack on the Caste System and dislike for the upper castes made him unpopular in the parliament. He had done research on the religious texts and considered the Caste System in Hindu society to be flawed. According to him, only the Uniform Civil Code bill was this opportunity to reform Hindu society as well to ensure protection to Muslim women who have little protection under Sharia Law.

He thus faced severe criticism from the opposition but Nehru later supported Ambedkar’s reforms and demand for a Uniform Civil Code. Although a Uniform Civil Code was not introduced at the time, a Hindu Bill was introduced to ensure modern reformation of Hindu Society. The Hindu bill itself received much criticism and the main provisions opposed were those concerning monogamy, divorce, abolition of coparcenaries (women inheriting a shared title) and inheritance to daughters.

The women members of the parliament, who previously supported this, in a significant political move reversed their position and backed the Hindu law reform; they feared allying with the fundamentalists would cause a further setback to their rights. Thus, a lesser version of this bill was passed by the parliament in 1956, in the form of four separate acts, the Hindu Marriage Act, Succession Act, Minority and Guardianship Act and Adoptions and Maintenance Act,

These diluted versions supported by Jawaharlal Nehru were in contraction to the implementation of a uniform civil code in Article 44 of the Directive principles of the Constitution specifying, “The State shall endeavour to secure for citizens a uniform civil code throughout the territory of India.” This was opposed by women members like Rajkumari Amrit Kaur and Hansa Mehta,

According to academic Paula Banerjee, this move was to make sure it would never be addressed. Aparna Mahanta writes, “failure of the Indian state to provide a uniform civil code, consistent with its democratic secular and socialist declarations, further illustrates the modern state’s accommodation of the traditional interests of a patriarchal society”.
View complete answer

Originally, the right to property was one of the seven fundamental rights and provided that no person shall be deprived of his property except by authority of law.

However, being one the most controversial rights, the 44 th Amendment Act of 1978 abolished the right to property as a Fundamental Right and made it a legal right (constitutional right) under Article 300A in Part XII of the Constitution.

The First Amendment Act, 1951 inserted Articles 31A and 31B to the Constitution.

Article 31C was inserted in the Constitution by 25 th Amendment Act, 1971.

Article 31A: It saves five categories of laws from being challenged and invalidated on the ground of contravention of the fundamental rights conferred by Article 14 and Article 19.

It also provides the guaranteed right to compensation in case of acquisition or requisition of the private property by the state.

Article 31B: It protects the acts and regulations included in the Ninth Schedule from being challenged and invalidated on the ground of contravention of any of the fundamental rights.

The scope of Article 31B is wider than Article 31A as it immunises any law included in the Ninth Schedule from the Fundamental Rights (unlike article 31A that protects only five categories). However, the Supreme Court in its judgement in the I.R. Coelho case (2007) ruled that even laws under the Ninth Schedule would be open to scrutiny if they violated Fundamental Rights or the basic structure of the Constitution.

The Supreme Court first propounded the doctrine of ‘basic structure’ of the constitution in the Kesavananda Bharati on April 24, 1973.

It says that no law that seeks to implement socialistic directive principles specified in Articles 39 (b) and (c), shall be declared void on the grounds of contravention of the fundamental rights conferred by Article 14 or Article 19. Moreover, no law containing a declaration that it is for giving effect to such policy shall be questioned in any court on the ground that it does not give effect to such a policy.

Articles 31A, 31B and 31C have been retained as exceptions to the fundamental rights.
View complete answer

Right to Freedom – The right to freedom guarantees freedom for citizens to live a life of dignity among other things. These are given in Articles 19, 20, 21A and 22 of the Indian Constitution. We shall take up the articles one by one in this section. Below, we provide the associated articles of the Constitution under the right to freedom, important from the perspective.

22. Protection against arrest and detention in certain cases. (1) No person who is arrested shall be detained in custody without being informed, as soon as may be, of the grounds for such arrest nor shall he be denied the right to consult, and to be defended by, a legal practitioner of his choice.
View complete answer

What is Article 21 in India?

Right to Life – According to Article 21 : “Protection of Life and Personal Liberty: No person shall be deprived of his life or personal liberty except according to procedure established by law.”

Right to equality, including equality before law, prohibition of discrimination on grounds of religion, race, caste, sex or place of birth, and equality of opportunity in matters of employment. Right to freedom of speech and expression, assembly, association or union, movement, residence, and right to practice any profession or occupation (some of these rights are subject to security of the State, friendly relations with foreign countries, public order, decency or morality). Right against exploitation, prohibiting all forms of forced labour, child labour and traffic in human beings. Right to freedom of conscience and free profession, practice, and propagation of religion. Right of any section of citizens to conserve their culture, language or script, and right of minorities to establish and administer educational institutions of their choice; and Right to constitutional remedies for enforcement of Fundamental Rights.