Which Country Education Is Best In The World? 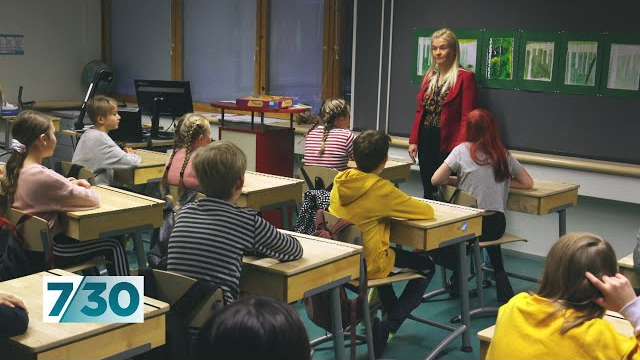 Which country is the best educated?

When it comes to scales measuring how much a country is developed, education is a major indicator. Recent statistical data shared by the World of Statistics on Twitter showed a list of the top ten most educated countries in the world. Canada topped the list of the most educated countries, followed by Russia, Japan, Luxembourg, South Korea, Israel, United States, Ireland, United Kingdom, and Australia.

Despite focusing on education and increasing spending on the education system, India struggles to make its place on the list. The top-ranked nation in terms of education is Canada. Over 60% of adults in the Great White North, according to the OECD, have completed post-secondary education. The education of Canadians, according to Canadian Prime Minister Justin Trudeau, is the country’s most valuable resource, he said at the 2016 World Economic Forum in Davos.

He stated that education was necessary to help people learn, think, and adapt. “Our natural resources are and always will be significant. However, Canadians are aware that it needs more than simply what is under our feet to thrive and prosper. Canada is followed by countries like Russia, Japan, Luxembourgh and South Korea.

The giant United States of America seems to have slipped off a rank as it was on number six according to the same list released in previous years. Also Read: YouTube introduces new features for educational content. Check details here Notably, India spent around 3.1% of its GDP on education in 2019-20, as per the Economic Survey.

An increase in spending and an enhanced education policy at a national level will surely help India in improving the quality of education it provides. This is a list we must not be left out of. It’s not just the Government’s task. We all have to do our bit.

Each one Teach one is an old saying. And the more of us supporting education, the better. https://t.co/ohUhhSIqFq — anand mahindra (@anandmahindra) September 12, 2022 In his latest tweet, the business tycoon shared the list of top ten educated countries of the world and gave a clarion call to the Indians to strive to make place for India in the list.

In his tweet, he said that India must not be left out of the list. He also expressed that it’s not only the government’s task to ensure good quality education in the country. He encouraged people to do their bit to achieve the purpose. “We all have to do our bit.

Each one Teach one is an old saying. And the more of us supporting education, the better.” said Anand Mahindra in his tweet. Anand Mahindra is known for expressing his views on myriad of issues ranging from education to sports on the micro-blogging site. Earlier in the day, he tweeted to praise the Sri Lanka Team for their stupendous show in the Asia Cup cricket tournament.

He applauded them for their team spirit and high morale even after facing a demoralising loss against Afghanistan in the earlier matches. Catch all the Education News and Updates on Live Mint. Download The Mint News App to get Daily Market Updates & Live Business News,
View complete answer

Which country has toughest education?

FAQs – Is MBBS the toughest course in the world? MBBS is among the toughest courses in the world because of its long duration and extensive syllabus. Which university course is the hardest? Some of the hardest university degrees include: – BTech – MBBS – LLB – BBA – MBA – BFA Which is more difficult: CA or MBBS? Both CA and MBBS are almost equally difficult – you have to work hard and study extensively in order to complete both these degrees. 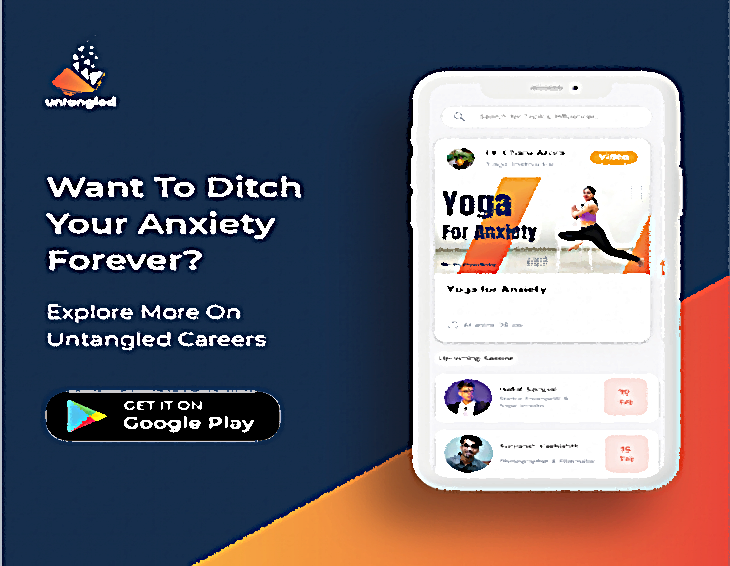 Even though these are some of the toughest courses and exams in the world, Leverage Edu can help you pave a way to these courses by easing the admission process. All you got to do is believe in your dreams and strive to crack these tough exams!
View complete answer

Which country is no 1 in technology?

Which is the hardest subject?

Why India lacks in education?

1. Lack Of Resources – One of the most important things that affect the work and progress of educational systems is the economic status of the country. Even though the Indian one is currently 6th in the world by nominal GDP, there is still a big lack of resources that are related to the educational sector.

A poor economy is the main problem here and it results in a lack of fundamental things for the students across the country. Because of this, students get short of appropriate learning material, school libraries are rarely present, and schools are missing the newest equipment for scientific projects.
View complete answer

Which country has the happiest students?

Approachable teachers, efficient daily life and helpful admissions teams; these are just some of things that international students studying in the happiest countries in the world say about their lives. 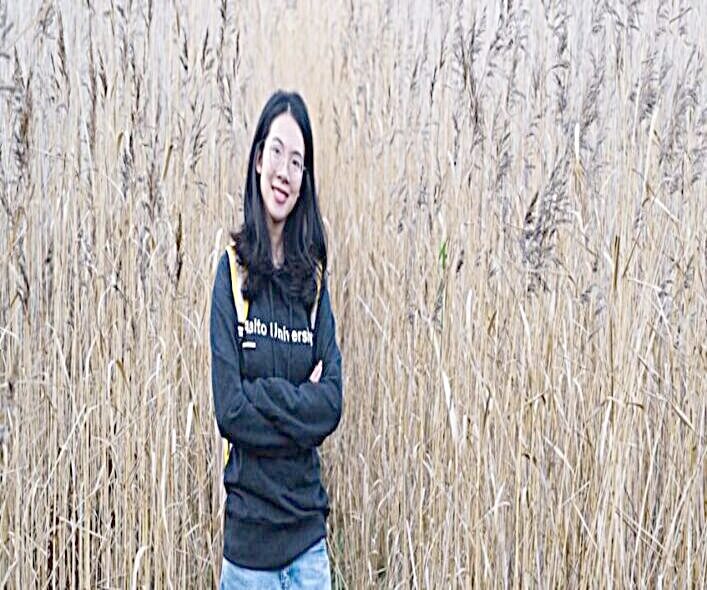 Shuangyi Chen is studying for a masters in Management and International Business at Aalto University School of Business. Photo: Dominik Fleischmann The “no-hierachy education system” means students can “easily approach teachers” Released in March, the World Happiness Report 2022 looks at quality of life, countries’ public policies and now, trust in nations amid the Covid pandemic.

In 2021, Finland is officially known as the “happiest country in the world”, evaluated by the country’s GDP per capita, generosity, perceptions of corruption, social support and more. “One of the things that makes Finns happy is the fact that everything in Finland usually works,” Riikka Pellinen, director of international affairs at the University of Eastern Finland, told The PIE News.

“You can trust you will get a doctors’ appointment in a relatively short time, you can trust the officials, online services work really well – life in general runs smoothly,” she continued. It’s not just the view of those at the universities – the students seem to agree too, due to the “amazing experiences” that they have had in Finland.

We not only learn the knowledge from textbooks but also engage in the process of applying theories into practices. There are so many different projects or programs for business students of our own interests,” she explained. Both Pellinen and Chen also agree on the systems at the universities – and the equality within them.

Despite slipping to sixth in terms of balance of life, Denmark’s overall second place continues to give people trust when moving there – especially to international students like Fernando Fiatt, who left Costa Rica to study an MBA in business at Copenhagen Business School, 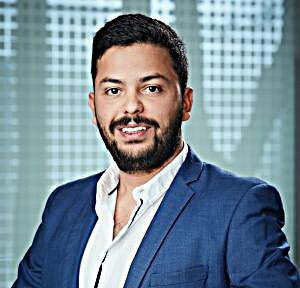 Fernando Fiatt Costa Rica itself came in 22 nd place on the report, showing that while his quality of life in Costa Rica was never bad, Denmark has certainly made an impression on his student life. “I believe this is partly due to the qualitative aspect of the ranking and our culture of ‘pura vida’ – the simple life,” he explained.

“Thanks to no-fee public healthcare, the high feeling of safety and of course, the ‘hygge’, Denmark’s happiness position must be down to the high quality of life,” he added. The differences are noticeable for students from closer to home too – Sibel Ismail, a Rotterdam School of Management student from Bulgaria told The PIE about her time in the Netherlands.

“One of the key differences between my home country and the Netherlands is the international environment – I have had the opportunity to interact with multinationals in the class room and the workplace – and it’s made me witness the added value of studying and working in an international field, where many innovative ideas and perspectives are being shared,” she explained.

Language barriers, of course, are always part of studying abroad – but that hasn’t stopped Molly Turpie. Living in a country where you don’t speak the language of course brings challenges, but also so many opportunities to grow. In Lausanne city, everyone is willing to help you learn French and let you practice,” said Turpie, a student from the UK studying at Switzerland’s EHL Hospitality Business School,

“Being here has grown my ambitions and curiosity, and I’ve had the chance to take two internships, one in Australia and another one in Dubai,” she added. Sibel Ismail Ismail also lauded the teaching strategy in the Netherlands, saying that there is much more “interactivity”, and that she has had the “opportunity to engage in solving real-life business cases, which added an excellent value to my learning experience”.

It is a common denominator, it seems, among these “happiest countries” – Chen also concurs that the encouragement to “solve problems together and work on a variety of practical projects in a real-world setting” is much more viable for students’ studies. “We not only learn the knowledge from textbooks but also engage in the process of applying theories into practices – there are so many different projects or programs for business students of our own interests,” Chen elaborated. 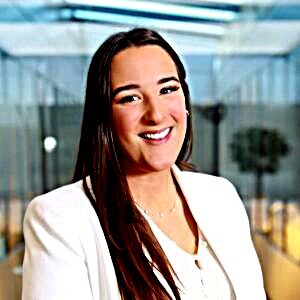 Molly Turpie Even things like eating, Pellinen, explained, are “easy” in Finland. Diets are accommodated, there are plenty of options for gluten-free and vegan students, and special diets are always clearly marked on menus – something she always tells her students when they arrive, as it puts them at ease.
View complete answer

In which thing India is No 1 in world?

Largest Democracy in The World According to UN estimates, the country is home to 18 percent of the world’s population. India is renowned as the most populous democracy in the world.
View complete answer

Who is powerful country in the world? 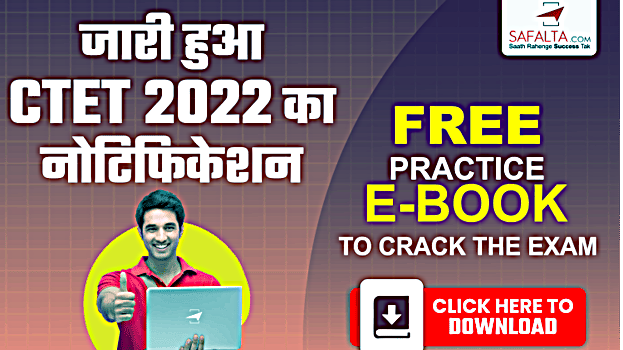 It boasts 50 states and unrivalled economic and military might.

What country has the best scientists?

Which school is no1 in India?

Lauding the education team of the Delhi government, Chief Minister Arvind Kejriwal wrote on Twitter, “Proud of my Team Education. Once again, Delhi Govt schools top the Education World School Rankings, with the best state govt school in India”. “Congratulations to Team Education on this amazing feat,” he added.

Which state is no 1 in study in India?

What is the lowest education country?

In recent decades, society has made great progress in increasing literacy rates around the world; however, there is still work to do! Globally, nearly 773 million adults and youth lack basic literacy skills. We can do better! Check-out our literacy infographic to see where we’ve been, where we’re going, and why literacy matters.

One year of education increases wage earnings by about 10 percent, and in sub-Saharan Africa, by up to 13 percent. ( UNESCO ) Literacy reduces poverty and stabilizes the economies of developing nations. Conversely, illiteracy costs the world about $1.19 trillion every year ( Borgen Project ). Global society recoups $7.14 for every $1 invested in adult literacy ( Literacy Worldwide, Literacy Partners ). No country has achieved continuous and rapid economic growth without at least 40% of adults being able to read and write ( Literacy Worldwide, Oxfam ).

Infant mortality rates decrease 9 percent for every year of education attained ( Plan UK ). Being literate decreases likelihood of childhood malnourishment by 24% ( Borgen Project ). Literacy slows the spread of infectious diseases ( Borgen Project ). According to one study of women in 32 countries, literate women are three times more likely than illiterate ones to know that a healthy person can be infected with HIV, and four times as likely to know how to protect themselves from AIDS ( Plan International UK, UNESCO ). Educated mothers are 50% more likely to immunize their children than mothers with no schooling ( Literacy Worldwide, World Bank ). Women with more education have better health, fewer children, and older age for marriage ( Borgen Project, World Bank).

Literate people are 50 percent less likely to commit robbery or murder ( Borgen Project ). Up to 85 percent of juvenile delinquents are functionally illiterate ( Literacy Center of Milford ).

What is the rank of India in education 2022?