Which Commission Was Formed For Secondary Education? 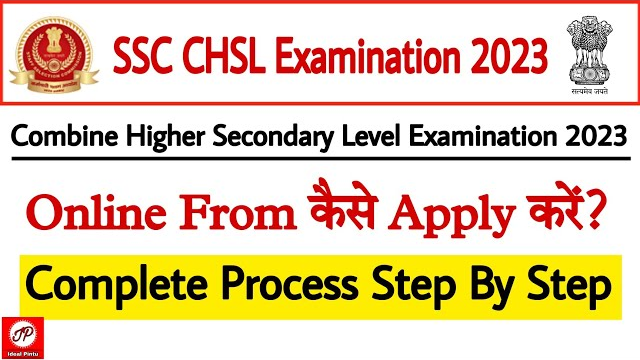 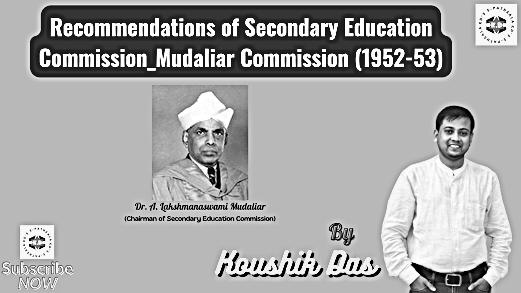 Enneth Rast Williams, Mrs. Hansa Mehta, Shri.J.A. Taraporevala, Dr.K.L. Shrimali, Shri M.T. Vyas, Shri K.G. Saiyidain, Principal A.N. Basu (Assistant Secretary to the Commission). Background of the Commission Formation : The commission has observed the principle that secondary education is a complete unit by itself and not merely a preparatory stage, that at the end of this period, the student should be in a position, if he wishes, to enter on the responsibilities of life and take up some useful vocations.

It is now generally recognized that the period of secondary education covers the age-group of about to 17 years. Properly planned education, covering about 7 years should enable the school to give a thorough training in the courses of study taken by the student and also help him/her to attain a reasonable degree of maturity in knowledge, understanding and judgement which would stand him/her I rood stead in life.

New Organizational pattern of Secondary Education : The Commission has recommended that the secondary education should be for children between 11 to 17 years of age. It has divided this seven years’ education into two parts- (1) Junior High School stage for three years and (2) High School for four years.

The school system (including 12 year school education) proposed by the commission implied abolition of the Intermediate course, Undergraduate education would commence after the higher secondary i.e., Class XII. The schools would now be multipurpose schools, offering different streams in the same school.

The Commission, however, upheld the separate existence of (a) Agricultural schools to offer courses in agriculture, horticulture, animal husbandry etc, (b) Technical schools, either independent or connected with multipurpose schools, (c) Apprenticeship system should be widely introduced, if necessary by legislation.

(d) Public schools (for 5 year!), (e) other Residential schools in the interest of close teacher-pupil relation and co-curricular activities, (f) there should not be any different type of education for girls. But special provisions should be made for Home Science for girls.

Emphasis should be shifted from verbalism and memorization to learning through purposeful, concrete, realistic situations, (Activity or Project Method might be tried). Emphasis should be placed upon clear thinking and expression. Students should be trained to acquire the qualities of group life and cooperative work.

Selection of textbooks: The Commission has stated that text-books should be selected on the basis of their merits and utility. For this purpose the Commission has recommended the appointment of a High Power Committee which will select books for all the classes. Religious and Moral Instruction: Education of character should be a responsibility of the teacher.

Objective tests should be emphasized. Cumulative Records should be maintained with due credit for weekly or monthly tests. Guidance and Counselling: Selection of streams would necessitate guidance of experts. Hence, trained Guidance Officers and Career Masters should be appointed in Secondary Schools. Welfare of Students: All students should be medically examined every year.

School medical services should be organized. Teachers should be given first aid training and physical training. School tiffin or mid-day meal for students should be provided. A complete record of physical activities of every student should be maintained.

Training Colleges should conduct research. Trained graduates with 3 years of experience may be allowed to prepare for a Master’s degree in Education. Finance: The Commission has given the following suggestions like,- A cess called the ‘Industrial Education’ cess be levied, the amount collected to be utilized for the furtherance of Technical and Vocational education at the secondary stage.

Let us now summarize the defects of secondary education commission : (1) The commission emphasized on book learning, The instructions are bookish. Answers are crammed. Examinations are passed. But no ability is produced for creative thinking and expression.

(2) In the recommendations of the commission report Co curricular activities are neglected. (3) School education is one-sided. It trains the intellect and leaves other aspects of personality undeveloped. It aims only at mental growth and development. (4) The school education is unilateral. Secondary schools are one-track schools.

They prepare students only for the university. There is little scope for diversification of studies. (5) Guidance and Counselling Facilities Inadequate. To supply a trained guidance worker to every school is difficult. It would be unrealistic to think of providing qualified counsellors to all schools.

Conclusion : The recommendations of Mudaliar commission emphasized on the dominant needs of the present situation and recommended for bringing revolutionary changes in Secondary education. We know the report carries many defects but instead, the report of the Mudaliar Commission was accepted by the Government of India and the new scheme launched with effect from1956.

The reorganized pattern continued till the report of the Kothari Commission (1964-66) was given effect to. Bibliography

Which commission was formed for secondary education in India?

When was Mudaliar committee established?

Mudaliar Committee, 1962 | National Health Portal Of India. This committee known as the ‘Health Survey and Planning Committee’, headed by Dr.A.L. Mudaliar, was appointed to assess the performance in health sector since the submission of Bhore Committee report.
View complete answer

Why was the ominde commission created?

– According to Ominde (1964), the chairman of the first educational commission in the independent Kenya, “during colonial era, there was no such thing as a nation” only several nations living side by side in the same territory. Education, like society, was stratified along racial lines, there existed an ‘African education ‘, a ‘European Education ‘, and an ‘Asian Education ‘; three separate systems divided by rigid boundaries ( Ominde 1964).

This stratification was based on the colonialist’s assertion that the mental development of the average African adult was equivalent to that of the average 7-8 year old European boy ( Gachathi, 1976). African education ‘ therefore tended to be a hybrid, precariously hovering between a European model with a European subject matter, and an education deemed suitable to the place in colonial life considered ‘appropriate’ to the African population ( Ominde 1964).

Thus the eve of independence brought with it sweeping reforms in the educational system. With the creation of a single nation came the emergence of a single educational system, no longer stratified along racial lines. Ominde Commission was formed to introduce changes that would reflect the nation’s sovereignty.

This does not include the ‘pre-primary’ schooling provided to children under the age of six. The principle preoccupation for Ominde’s report was introduce an education system that promoted national unity and inculcated in the learners the desire to serve their nation (Simuyu, 2001).
View complete answer

What is the other name of Kothari Commission?

Answer: Wood’s Dispatch / Despatch is known as Magna Carta (Magna Charta) of Indian Education. Wood’s Dispatch was an act of 1854 implemented by the British rulers during pre-independent India. The despatch was presented by Sir Charles Wood to the directors of the British East India Company.

Woods was Secretary of State for India at that time. It professed the promotion of the western education in India. As a result of this charter Education Departments were established in every province. Universities at Calcutta, Bombay and Madras were opened for higher education. The act spread western education in India which initially benefitted the Britishers for creating a workforce of clerks.

But after they left, the Indian Education system followed the same pattern but to spread education. That is why it is known as Magna Carta of Indian Education. As for Magna Carta, it is a Latin Term which stands for ‘ Great Charter ‘, meaning a ‘Great Paper’.

Also known as ‘Magna Carta Libertatum’ meaning ‘Great Charter of Freedoms’ it is an English legal charter, originally issued at Runnymede, June 15, 1215, Magna Carta was initiated by the subjects of King John of England, These subjects were Barons who adopted this charter to limit the power of the king through certain laws and protect their privileges.

What is Srivastava committee?

Shrivastav Committee, 1975. This committee was set up in 1974 as ‘ Group on Medical Education and Support Manpower ‘ to determine steps needed to. (i) reorient medical education in accordance with national needs & priorities and.
View complete answer

What is the full name of mudaliar?

What is Kartar Singh committee?

This committee, headed by the Additional Secretary of Health and titled the “Committee on multipurpose workers under Health and Family Planning” was constituted to form a framework for integration of health and medical services at peripheral and supervisory levels.

Its main recommendations were : a. Various categories of peripheral workers should be amalgamated into a single cadre of multipurpose workers (male and female). The erstwhile auxiliary nurse midwives were to be converted into MPW(F) and the basic health workers, malaria surveillance workers etc. were to be converted to MPW(M).

The work of 3-4 male and female MPWs was to be supervised by one health supervisor (male or female respectively). The existing lady health visitors were to be converted into female health supervisor.b. One Primary Health Centre should cover a population of 50,000.

Which of the following commission concentrated on the primary and secondary education in India?

Which was the first commission of education in India?